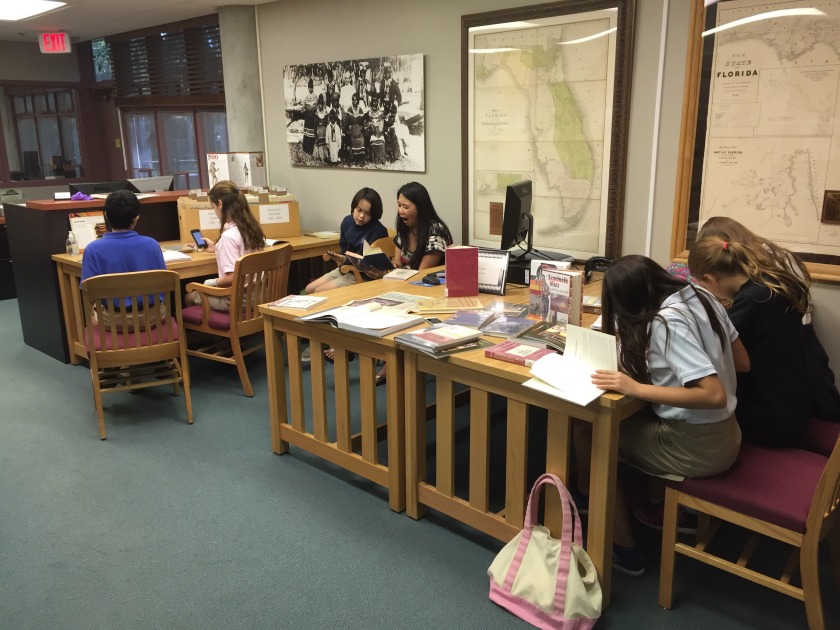 Elementary school is a pleasant memory for most of us, isn’t it? Playing on the swings, jumping rope, learning the cool 9 times table rule, yet does anything strike terror into a parent’s heart more than hearing your child say, “I have to do a Science Fair project”?  Ugh, the dreaded images of procrastination and meltdowns, late nights and running out of construction paper.  It’s a parent’s nightmare!  If you have or know a child who has ever completed a project by themselves, please alert the media!

But then there is the National History Day project. Started in 1974 in Ohio by a professor at Case Western Reserve, it has over a million participants competing every year.  And every year a small portion of that million contacts or come visit us in a quest to win.  Here in the research library, behind a locked door at the back of the museum, we help numerous students research their innovative ideas.  This year has been no exception. As the Research Coordinator I have fielded many requests for information and visit appointments.  Most are from high school students but not always.  Sometimes middle school students want to study here too.

This past December we were lucky enough to host the Weiss School for gifted children. Driving down all the way from Palm Beach Gardens, a good two hour drive, eight students in sixth and seventh grade, four chaperones and one teacher, Mr. Steve Hammerman, came and toured the museum before “hitting the books” after lunch.  This precocious bunch had lots of questions.  Did you know that is a sign of intelligence?  Intellectual curiosity is a hallmark of a good student and Bam! Bam! Bam! – the barrage of questions was furious!  What a great experience!  Who doesn’t love a student eager to learn?

Steven Hammerman, history teacher extraordinaire, was a particularly dedicated and earnest guide. He skillfully led the students (6 girls and 2 boys) through the choppy waters of forming a real hypothesis as we stood in the library discussing their focus.  I was able to explain to them, as they were interested in the Seminole conflict of the 1800s, the newest thinking about the ethnogenesis of the Tribe.  We know, and research is verifying, that the Seminole Tribe of Florida is descended from not just Creek people who migrated into Florida but also from the peoples who were already here.  We also spoke of the Tribal view of the Seminole Wars.  Let me change that to War, singular.  Tribal members have often expressed to me that the time of the 1800s was really one long conflict with intermittent escalations.  Those are what historians call “wars”.  But really the 50 years before the end of the Civil War was one long tumultuous, murderous episode of betrayal and fear.  Our Exhibits Curator, Rebecca Fell, talked about this concept while she and her team installed our current exhibit about Seminole struggle and survival during that war-filled century. 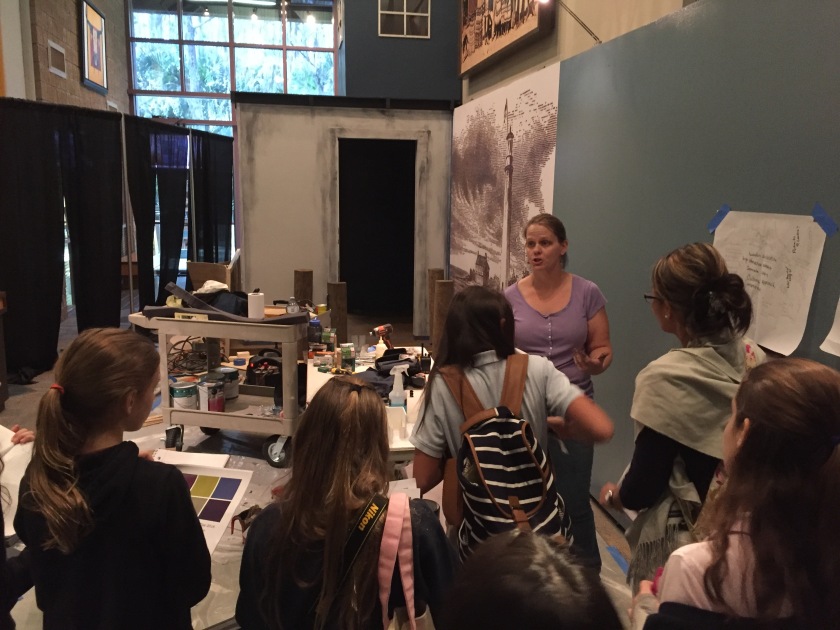 But I digress….the students from the Weiss School were interested in topics surrounding the conflicts of the 1800s: Andrew Jackson, General Jesup, how the conflicts changed the lifeways of the Tribe and how they survived. They were excited to find a concentration of books on Seminole life and the Seminole War(s).  Most students worked in small groups reading and taking notes from the books on the shelves.  Some were interested in the historic documents we had laid out on the Archival vault table with names like Andrew Jackson and Fort Brooke.  It was a pleasure to teach them how to handle rare documents and watch them begin to comprehend the special care we take to preserve the history of the Seminole Tribe of Florida.

The day was a great success and Mr. Hammerman was very pleased with the progress the students made in learning how to research, how to find sources (hint: look at the sources used by the author of the book you are reading), and how to form a hypothesis and write a paper using the materials available (one of the most valuable things I learned in college – thank you, Dr. Andrew Frank!). All went home with just a little more knowledge of the Seminole Tribe of Florida and a greater appreciation of what it took to survive and thrive! We had a great day hosting young gifted scholars who were excited to learn and excited to be here.  What could make a better day than that?