During the first week of March, the Ah-Tah-Thi-Ki Museum hosted the Army Corps of Engineers Cultural Immersion Workshop. The first on-campus Army Corps Workshop happened in 2008, but in 2014 we wanted to shake things up and make it a truly immersive experience.  The Museum set out to educate the Army Corps about Seminole culture, and to help them understand their connection to the land from the Tribe’s perspective.  We also wanted to foster a better understanding of the different ideologies of the two groups in order to build a more harmonious working relationship.   A combination of eager Museum and THPO staff, the Big Cypress Community, Seminole Tribal members, and excited Army Corps participants willing to take in Seminole culture made the workshop a huge success. 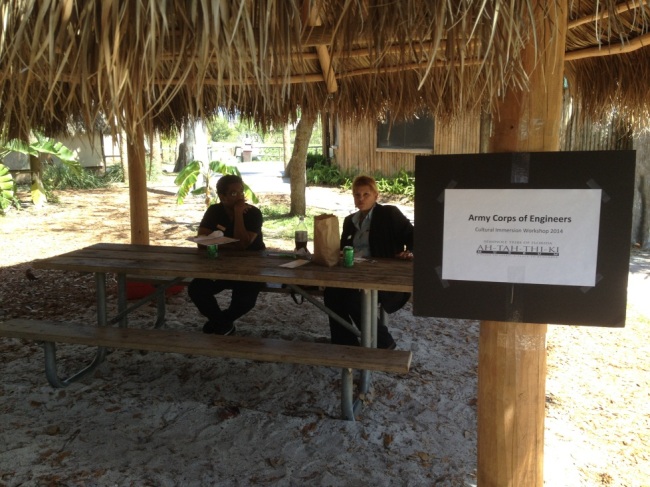 The workshop kicked off with an orientation inside the Museum’s theater. Rebecca Fell, Curator of Exhibits, opened with a discussion of the Dimock Collection photographs.  Dr. Backhouse and Councilman Tiger welcomed participants to Big Cypress and Willie Johns gave a talk about Seminole history. Following the presentations, there was a tour of the Museum. 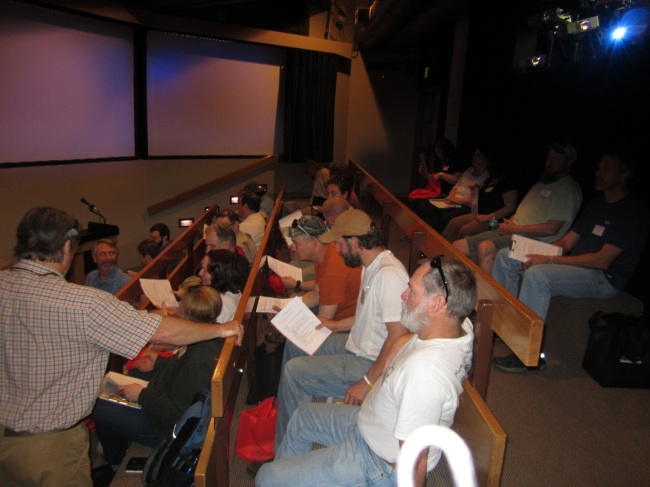 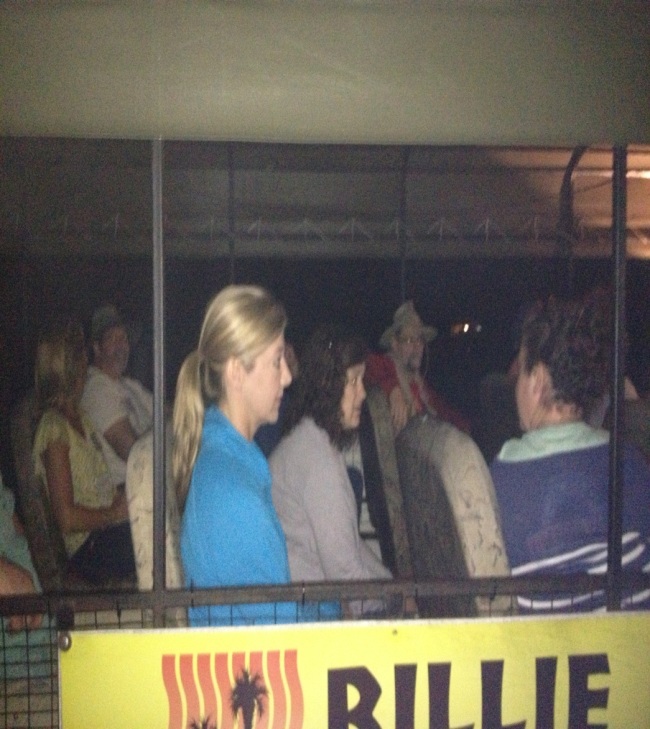 Day two started with various section of the Tribal Historic Preservation Office (THPO) giving presentations. The THPO frequently works with the Army Corps on various projects and the audience was full of questions. Colonel Dodd (Army Corps) and Mr. Tommie (Seminole Tribe) both reflected on the importance of relationship building between the Tribes and the Army Corps.  Following lunch, a tour of the boardwalk given by Rey Beccera exposed the participants to important flora and fauna within Big Cypress. 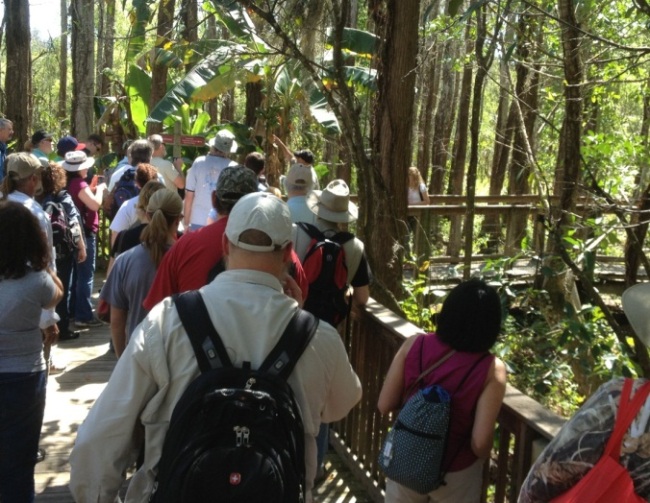 The three generations of Seminoles discussion engaged the audience by offering insights on the past, present, and future of the Tribe from three different Tribal member perspectives—Quenton Cypress (high school student), Everett Osceola (30-something adult), and Willie Johns (senior). 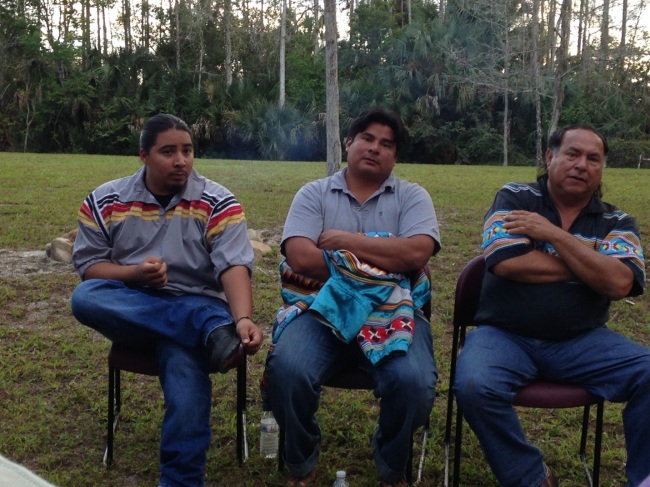 The traditional dinner served in the Museum’s Living Village reflected many traditional foods enjoyed by Seminoles including lapoli (pan bread), gator tail, frog legs, garfish, sofkee, and swamp cabbage. Participants came from all over the country and most of them had never sampled these foods before. 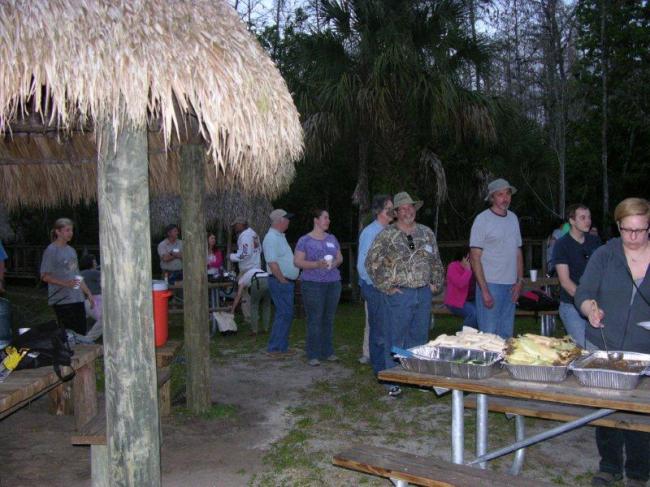 A trip to Egmont Key (outside of Tampa Bay) on day three helped show a critical part of Seminole history—a time when Seminoles were removed from their homes and sent to Indian Territory. Egmont Key had been a holding area for Seminoles en route to Oklahoma.  It is simultaneously a source of pride and a source of sorrow for Tribal members.  It represents the tenacity of a people who refused to give up their lands by signing a peace treaty with the United States Government and at the same time reminds them of the hardships and loss they had to endure at the hands of the United States Government. The Army Corps of Engineers itself faces challenges at Egmont Key due to heavy erosion.  Without steps taken on the part of the Army Corps, the natural process will result in the loss of the entire island in time.  By visiting, they learned about the cultural significance of the island and the potential impact on people. 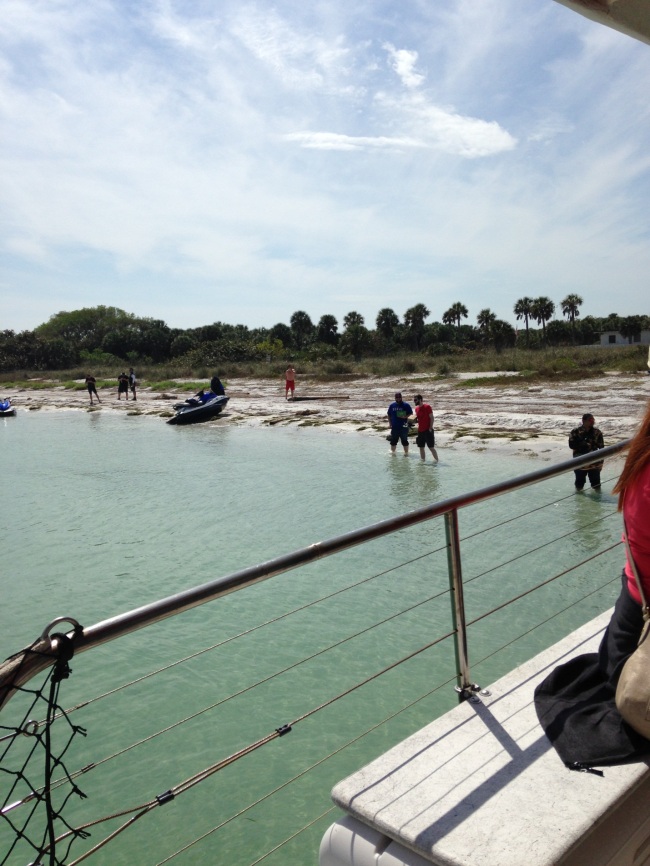 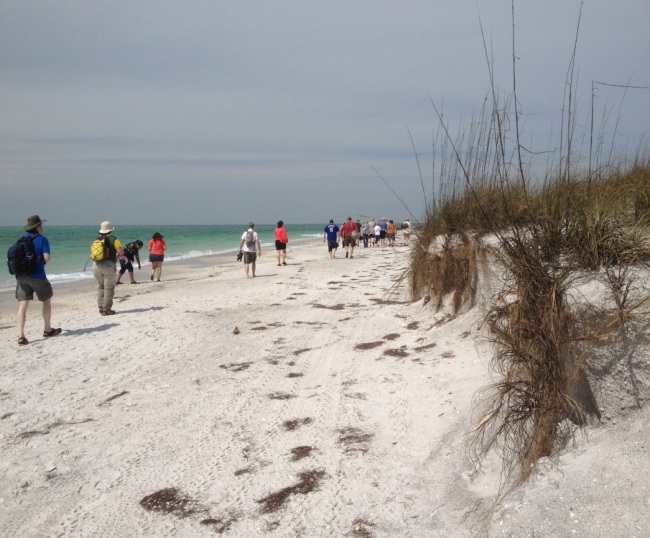 On the way back from Egmont Key we stopped at the Brighton reservation to give participants a glimpse of life on a different reservation and to show them key historic and modern buildings.

Day four consisted of the workshop wrap-up. Here the participants had the opportunity to provide feedback about their experience; they expressed their enjoyment and gratitude for such a great event.  We successfully shared the Seminole story and the Army Corps participants listened!